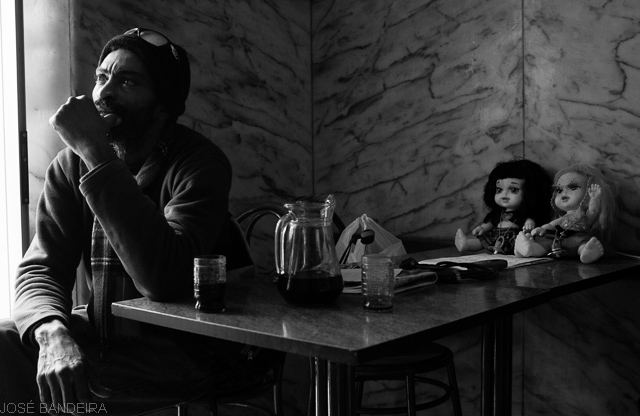 Café Africano, Lisbon. The puppets belong to Fernando, a retired fisherman who served for four years in the navy during the Colonial Wars. He lives under a railroad bridge, now. The two puppets are the prize for a raffle he organized. He already had two names on a paper. One was mine, the other I have no idea. Fernando was outside smoking a cigarette when I took this picture, but I found the bodily and facial expression of his table mate, the Colombian Juan, to be irresistible.
No comments:
Email ThisBlogThis!Share to TwitterShare to FacebookShare to Pinterest 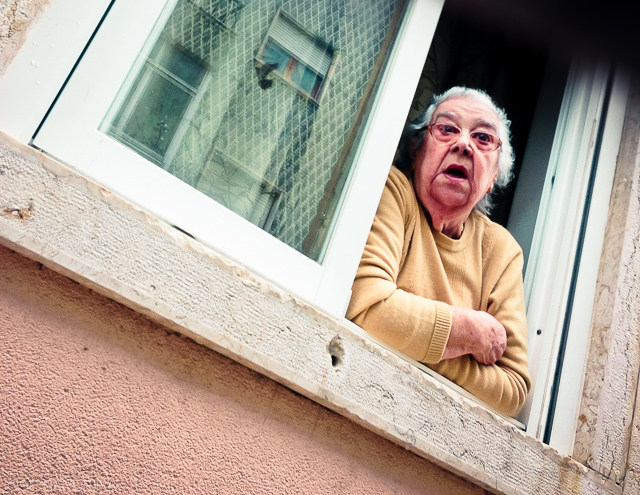 I accidentally routed a throng of pigeons, this morning, while crossing a narrow street of Lisbon's old Dafundo neighborhood towards Euclides' Café Africano. I could have done it on purpose, mind you. They were having a banquet obviously inspired in ancient Roman ways. When they spotted me, a barbarian, the little pests flew in all directions (mostly up) and I found myself staring at this sweet-looking old lady. It was her pigeons I had routed. 'Don't worry,' she said, 'they'll be back.' She showed me a package of bird-food so good-looking that I could eat from it. I didn't tell her I wasn't worried, nor that I consider pigeons rats with wings. I thought it would sound misplaced. Instead, I told her how I had met this homeless woman, Inês, while she was feeding pigeons at Avenida da Liberdade. We forgot all about the pigeons and talked a bit about the unfortunate condition of the country.

No comments:
Email ThisBlogThis!Share to TwitterShare to FacebookShare to Pinterest 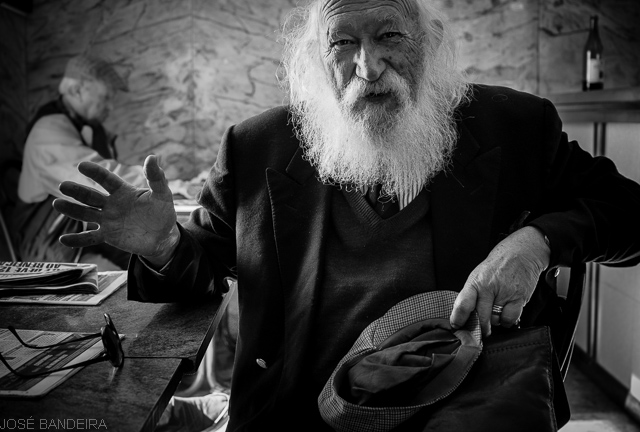 Meet Pai Natal (literally 'Father Christmas,' Santa Claus). That’s how he’s known at Euclides’s Café Africano, a tavern in the old riverside quarter of Dafundo, Lisbon. Nobody really knows in which street of the neighborhood he lives or what his real name is. How appropriate for Santa, right? I soon became mesmerized by his figure. The long white beard, the thick reading glasses, the small, beaten leather suitcase, the bonnet, the blue tie with little golf players on it. He reminded me of Walt Whitman in his last pictures. Santa Claus looked absolutely inaccessible, focused in some arcane mystery which only the Initiated could read in between the lines of a daily newspaper.

I was thinking about a suitable approach when someone entered the room, sat in front of him and started jabbering. Euclides told me he was ‘um chato’ (a pain in the arse). Santa Claus didn’t even bother to look at him. He slowly got up and started putting his things – the reading glasses, a pen, a notebook – in his little suitcase. That was my moment. I told him he had the most astonishing beard and that I would like to take his picture. He smiled broadly and turned very cordial. I ended up snapping half a dozen pictures. I said I would leave a print with Euclides for him. He said he regretted not having been photographed with his glasses – a pair of turtle-framed, gigantic, orange-colored lenses that covered his cheeks and hid his eyes. I took a shot of him with the thing on, but told him I liked his face better without it. He replied as only an old philosopher would. He said he couldn’t see himself in the mirror without the glasses; ergo, without the glasses he didn’t exist.

Today Euclides told me he had given Santa Claus his picture, and that, in spite of the glasses issue, he was 'very pleased indeed.'
No comments:
Email ThisBlogThis!Share to TwitterShare to FacebookShare to Pinterest
Newer Posts Home
Subscribe to: Posts (Atom)