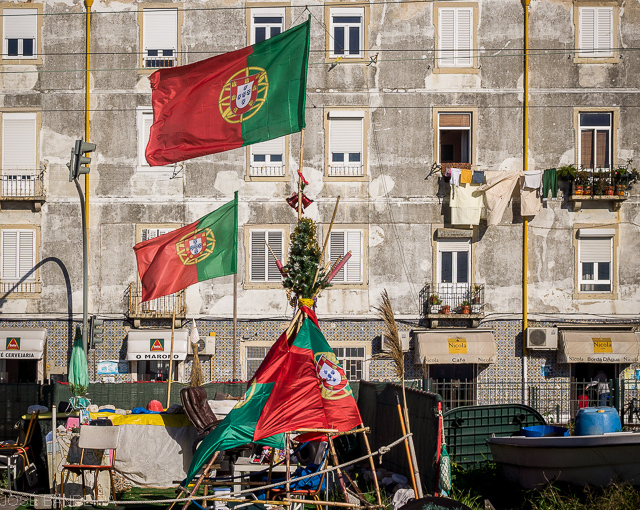 I’m being taken by my namesake Zé, a 51 years-old long-term unemployed and the neighborhood’s handyman, to visit the strip of land behind the railway that separates the old fishermen’s quarters of Cruz Quebrada and Dafundo from the Tagus estuary. This is where the former seamen keep their artifacts and small boats and, as I could later attest, spend much of their time watching joggers and cyclists pass by like shadows on the walls of Plato’s cave. The two worlds never meet. The fishermen rarely venture in the sea, now; they find it safer to bury their feet in the river bank’s mud for clams when the tide is, as they say, ‘big’ – that is, really low. The maritime authorities will fine anyone caught with more than three kilograms of bivalves, but ‘Hey,’ one of the men says, ‘they can’t catch us all.’

To get to the beach side, you must (illegally) cross the four lanes of the busy ‘marginal’ road and, using a camouflaged brick stair, transpose the railway line’s fence. The fact that trains come from both sides frequently and at a reasonably high speed makes this is a risky business – especially if, like me, you’re silly enough to carry heavy backpacks on one shoulder only. Zé tells me he prefers to wait as long as it takes than have the same fate of so many fallen victims to the hurry. It takes several minutes for us to cross, and I follow my adventure mate with the devotion of the soldier who steps on a sober comrade’s footprints at a mine field.

Land on the other side and you're at an Ettore Scola version of Disneyland. Junk, light boats and appliances of every kind fill every square meter of the terrain juxtaposed to the railroad. Proud national flags hang from just about everywhere. Zé presents me to three elderly fishermen who are chatting in one of the enclosures. They tell me the authorities allowed them to keep their fishing artifacts in there, as long as they didn’t reach more than 60 centimeters high (probably so that the mess couldn’t be seen from the road.) ‘So,’ they say in a mix of laughing and cigarette coughing, ‘we dug holes in the ground and use small ladders to get inside.’ One of the men points at a gigantic piece of green carpet than covers the ground. ‘Well, at least they can't say the lawn isn't properly mowed,’ he says, and we all chuckle together.

Zé tells me that, if the weather is fine, the guys will spend New Year ’s Eve in there. I’m keeping my fingers crossed for them but, as usual, stormy clouds are gathering above their heads.
No comments:
Email ThisBlogThis!Share to TwitterShare to FacebookShare to Pinterest 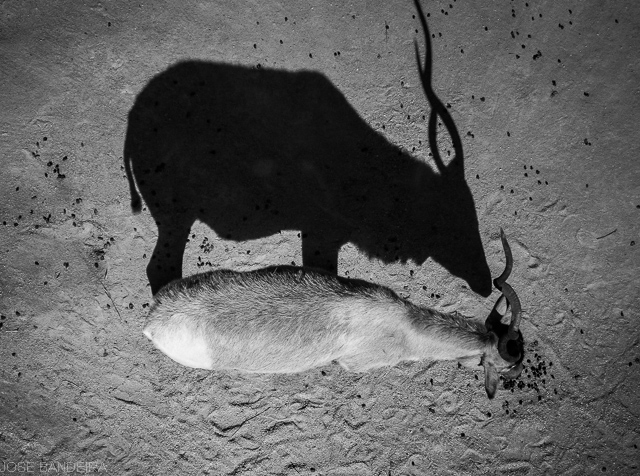 Imagine a group of prisoners in a really, really large basement. They’re chained together in such a way that they can only see the wall in front of them. Sort of Facebook. There’s a perpetual fire burning behind their backs. It's the condo’s heating system. People and animals walk through a pass way between the prisoners and the fire (let’s face it - only really cheap condos allow stinky things like goats, camels and prisoners inside.) Unable to move their heads, the prisoners see the shadows of the passersby going to and fro. They hear strange noises coming from behind and think, in their archaic way of thinking, ‘‘Tis strange: sounds like Narcissus’s girl’s voice.’ They suffer, of course, from all kinds of spine problems. The lack of exercise would have turned them into fat balls, but it didn’t, for they weren’t fed. If they were, they would have seen at least a hand – maybe a spoon or a dish or something. Yet, they have only seen the shadows. Pray suspend your disbelief, okay? I’m trying, here. For the prisoners, this is the World. ‘And what a shitty world it is’, they think.

One fine day without rain, a flaw in the system allows one of the prisoners to be set free. Despite never having walked before in his whole life, he climbs the service stairs towards a blinding but beautiful light, the way a moth does but without the flying thing. The prisoner had never seen 5,500K white before. Lo and behold – but only after a moment, for his eyes are rusty – there’s something out there. He looks again and again, and each time he looks he sees something wonderful. The Flat Iron building. The topless ladies at the Moulin Rouge. An helicopter landing on a São Paulo skyscraper. The Taj-Mahal. Justin Bieber. North-Korea’s dear leader. But this man hasn’t read on Objectivism. He doesn’t understand he really should think of himself and the system would take care of the rest. He does the silly thing: he goes back for his basement friends. Gesticulating and shouting furiously like a program vendor at a French opera house, he tries to convince his former mates that reality is at one hundred passes, even less if you take the elevator. But the prisoners mock him. They call him a looney. ‘Don’t your understand’, he cries in despair, ‘That there are virgins and hot dog stands out there?’
No comments:
Email ThisBlogThis!Share to TwitterShare to FacebookShare to Pinterest 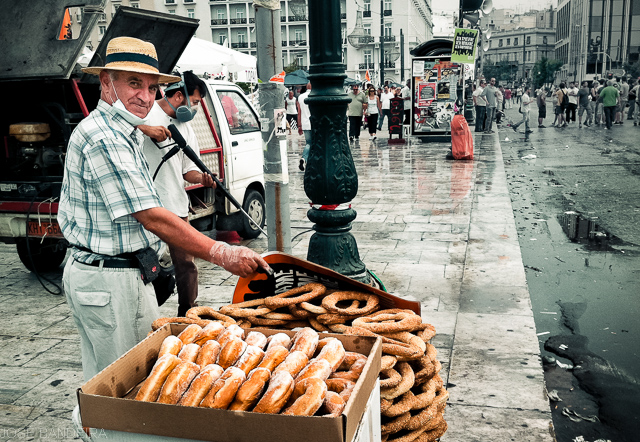 Some decades ago, a controversy burst out about the moral flaws of the Belgian-born comics character Tintin and its creator, Hergé (Georges Rémi). The initial stories were accused of stereotypical racism, gratuitous violence on animals and even fascism. Hergé defended himself saying that he was the product of the heavily prejudiced society surrounding him in his youth. Truth is, we could just as well point our fingers to the thousands of artists, thinkers, writers, scientists, politicians, doctors, you name it, which came up with prejudiced, offensive, damaging, or otherwise preposterous theories in the 20th century alone.

It didn't take long before someone noticed how stereotypical and prejudiced the depiction of the Portuguese Oliveira de Figueira was in Tintin’s stories. Oliveira de Figueira (a funny name, even in Portuguese) is a travelling salesman, fat and bald, who sells just about anything just about everywhere, no matter how dangerous the place. He keeps popping up and always manages to sell Tintin this world and the next one. While I recognize his character as strongly stereotypical, I sympathize with the man. He isn’t violent. He isn't rude. He doesn’t sell weapons. He isn’t even rich. He doesn’t bother me at all.

Watching this Greek vendor at Syntagma Square, Athens, during the mid-2011 turmoils, I couldn’t help but remembering Oliveira de Figueira. He was selling his cakes in the square as calmly as if he was at the entrance of a circus or at a beach resort, ignoring both the relative danger of being caught between the police and demonstrators and the fact that the ever-present gas simply would not dissipate, even days after it had been spread. His cakes were all but protected from the gas, and still he used plastic gloves to pick them. He didn’t really belong in the scene: like Oliveira de Figueira, he just happened to pop-up in there.
2 comments:
Email ThisBlogThis!Share to TwitterShare to FacebookShare to Pinterest 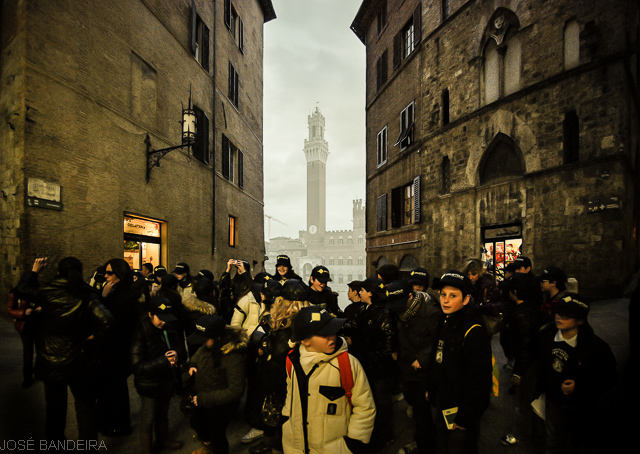 Nothing prepares you for the first sight of the Boticcelli’s paintings at the Uffizzi, in Florence. You grew up with these images. They’re on posters, beach towels, coffee mugs, books on Art, mouse mats, the Internet. The first thing you notice, before you’re close enough to see the details, is their greenish tinge. The digital age seems to have a problem with tinges and patinas: It wants them ‘corrected’. Deprived of its subtle shades, white becomes ‘pure white’. Search Google Images for Botticelli’s Spring, for instance. You’ll instantly know what I mean.

Like everyone else, I stood in awe in front of Boticcelli's paintings – a mix of appreciation, love and stupor – but where I met the painter was at Siena, a once rival city of Florence, better known for its frantic horse races than for its magnificent cathedral. I was watching a group of children on a tour and decided to take a shot of them framed on with the Torre del Mangia, dimmed by the fog, in the background. I looked through the viewfinder and was instantly attracted to the face of a boy on the right. He was looking straight at me as if I was a mirror. If you don’t know Botticcelli’s Adoration of the Magi, please look for it on Google Images (or on whatever search engine suits you). The figure looking at you on the right is – as far as we know – Sandro Botticelli himself.

I guess you have to be in some state of bliss to have visions like these, and I certainly was - for I was happy, then.
No comments:
Email ThisBlogThis!Share to TwitterShare to FacebookShare to Pinterest 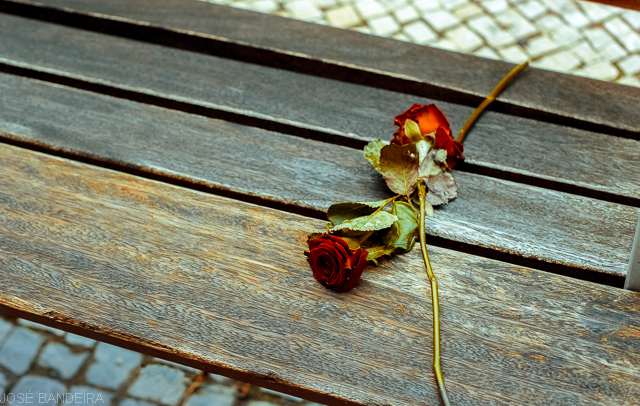 Avenida de Roma, Lisbon. Today I woke up to the sound of chain saws. One of the last black poplars of the avenue was being cut down because its roots (I learned later) made people fall. I had never noticed how the building behind the tree was ugly. Most trees nearby fell, one time or another, to the inexorable needs of automobile locomotion. Walking up towards the other end of the avenue, where trees tend to be slightly more respected, I saw these two roses embracing each other on an otherwise empty bench. I baptized them Romeo and Juliet, for they were obviously dying.
No comments:
Email ThisBlogThis!Share to TwitterShare to FacebookShare to Pinterest
Newer Posts Older Posts Home
Subscribe to: Posts (Atom)