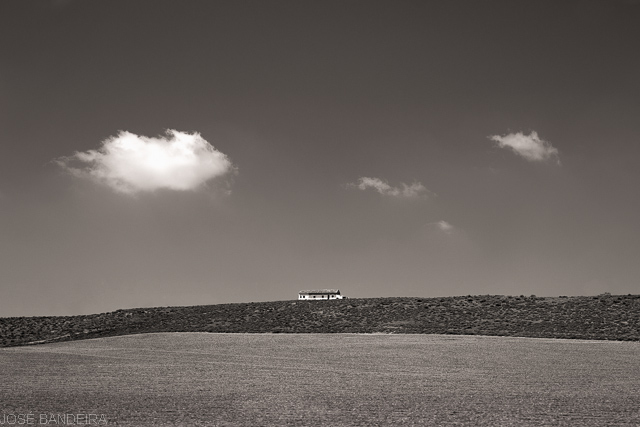 (Castilla-la-Mancha, Don Quijote's homeland, Spain.) People who spend a long time at sea or live in the plains are more prone to melancholy than those living in, say, mountains or forests. No wonder, for they have a glimpse of Infinity.

Infinity is not a line. It is not a direction. It is a question. If you manage to reach the end of Infinity – a paradoxical notion, but once you've seen a monkfish you are prepared to accept anything – you'll have the key to the Meaning of Life. Even if, like in Douglas Adams' novel, the answer to "the Meaning of Life, the Universe and Everything" ends up being a rather disappointing two-digit number. ‘A joke’, Adams explained. Geeks wouldn’t be defeated, though, and for years have been trying their best to show us infidels how meaningful ‘42’ is. ‘The Meaning of Life,’ they say, ‘cannot be a joke.’
Email ThisBlogThis!Share to TwitterShare to FacebookShare to Pinterest